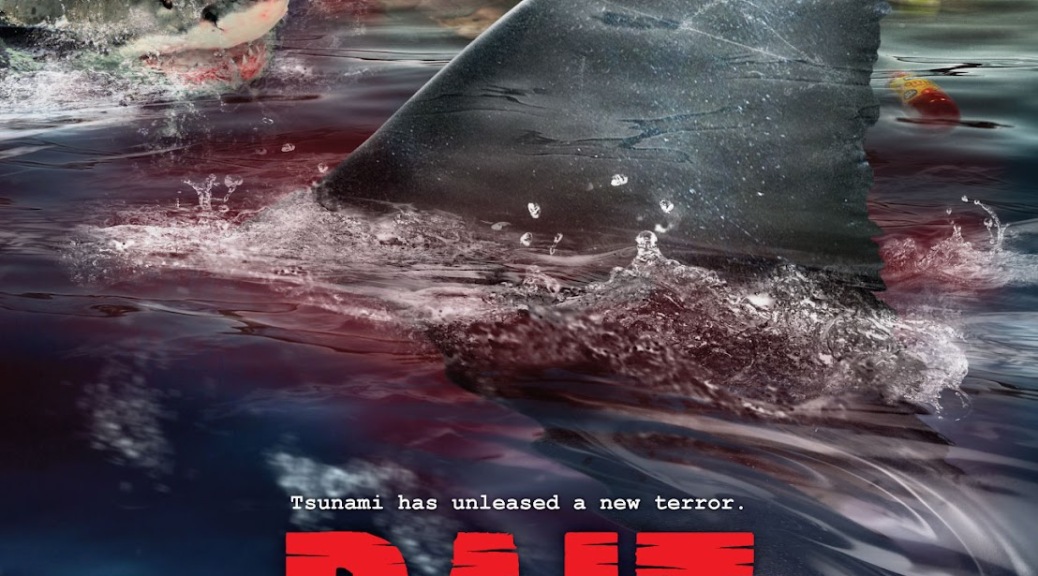 Watch this if you liked:
Shark Night, Jaws, Deep Blue Sea, The Reef

A coastal Queensland town is hit with a tsunami leaving several survivors trapped in a flooded supermarket with a 12-foot great white shark. The survivors must band together and overcome their pasts to keep from being killed by electricity, aftershocks and, of course, the shark.

Oh, natural horror movies, how do I love thee? Let me count the ways. The bad CGI. The generally unconvincing acting (except for Martin Sacks, he be awesome). The ridiculous scenarios. The creatures with insatiable appetites. The laughing at seemingly inappropriate yet undeniably hilarious moments.

I had a lot of fun watching Bait and got more laughs out of it than I do a lot of comedy movies (see my Coneheads review for more on this). The acting wasn’t atrocious, but it wasn’t what I would call good either. Martin Sacks was the stand-out performer which, in this reviewers opinion, is to be expected given his years of experience on Australian television. However, there were completely laughable performances from other seasoned Australian actors Julian McMahon (who went from Home and Away to American hits such as Fantastic Four, Charmed, Profiler, and Nip/Tuck) and Dan Wyllie (Chopper, Muriel’s Wedding, and Underbelly). The way the film portrays itself, I would doubt the schlock feel to most of the performances is intentional but it could be the case.

One thing that did disappoint me was the relatively small size of the 12-foot (3.7 metre) great white shark terrorising the survivors. Great white sharks have a natural average adult length of between 3.5 and 5 metres. This may be something that people wouldn’t notice if they’re not the kind of person who puts reminders in their calendar for shark week or watches fantasy shark movies featuring megalodons, but I felt it was a pretty average effort. If the filmmakers were going for a bit of realism that’s all well and good, but I would’ve preferred they aimed a little higher.

The plot was almost non-existent, and predictable from the beginning to literally the last second. But I would have expected no more from a film of this genre so we’ll move along to the next point.

The CGI. Oh, wow. There is some pretty bad CGI. Not the worst I’ve seen by far, but certainly not even close to the best. To counteract the bad, there are a couple of scenes where the CGI seems to be almost halfway good. However, these scenes are few and far between almost as if they ran out of budget for them.

Despite all of the things mentioned above that might make you think I hated this film, Bait was a lot of fun, a lot of laughs and a lot of gore. The film had nowhere near the amount of cheesiness or bad dialogue as Sharknado, but it didn’t take itself as seriously as Jaws either. All in all if you like natural horror movies for their entertainment value and not for their cinematic prestige, then this is a movie you should watch.