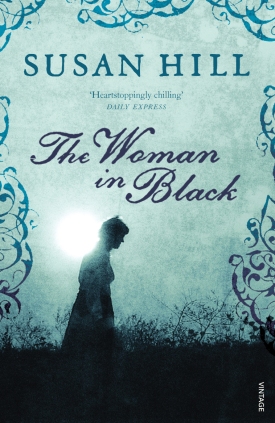 Arthur Kipps is sent to a remote village in England to go through the mountains of papers belonging to a now deceased client. After evasive behaviour from the townsfolk, Arthur makes his way to the client’s house but finds much more than just some dusty old papers.

The Woman in Black is a great example of not judging a book (or novella) by its movie. After having seen the good but not great (imho) film adaptation, I wouldn’t have picked The Woman in Black to read but received it as my first Blind Date with a Book. (Side note: I love the Blind Date with a Book idea and highly recommend it for any adventurous readers out there. This is not a sponsored endorsement, just genuine gushing.)

The Woman in Black is a haunting ghost tale that’s beautifully written to build suspense, darkness and horror. It is a sleek and gothic journey into the frightening trip taken by Arthur Kipps.

I quite liked the character of Arthur Kipps. He knows that his experiences are bizarre, acknowledges that before they started he wasn’t the world’s biggest believer and yet still addresses them very matter-of-factly.