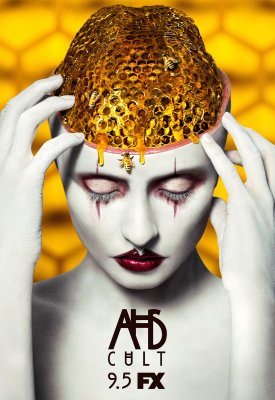 When Donald Trump wins the 2016 US presidential election, the town of Brookfield Heights in Michigan descends into mayhem with supporters working themselves into a frenzy and opposers succumbing to their negative emotions.

While I’ve enjoyed every weird, twisted season American Horror Story has thrown at us thus far, I found myself underwhelmed by AHS: Cult. It took almost half the season for me to actually begin enjoying the plot.

Part of the issue I had with AHS: Cult is the overt political propaganda, which was heaviest during the first few episodes. I’m not here to discuss politics or my opinions on them, but as far as entertainment goes, I felt that throughout the season the political agendas and propaganda for both sides were taken to the extreme and forced down the viewers’ throats.

Once you waded through the first few episodes and got to the meatier parts of the plot, there were still pacing issues that came from uncharacteristically clumsy plot development.

I didn’t find any of the characters to be particularly interesting, though they were all portrayed with the same great level of talent as has been found in previous seasons. I thought Chaz Bono and Evan Peters’ performances were the absolute standouts of the series.

I really thought a series of American Horror Story that featured clowns en masse couldn’t fail to impress, but I was left feeling bogged down with underwhelming characters, political propaganda and average pacing.

“If she turned down Lana Winters, why would she talk to Rachel fucking Maddow?”