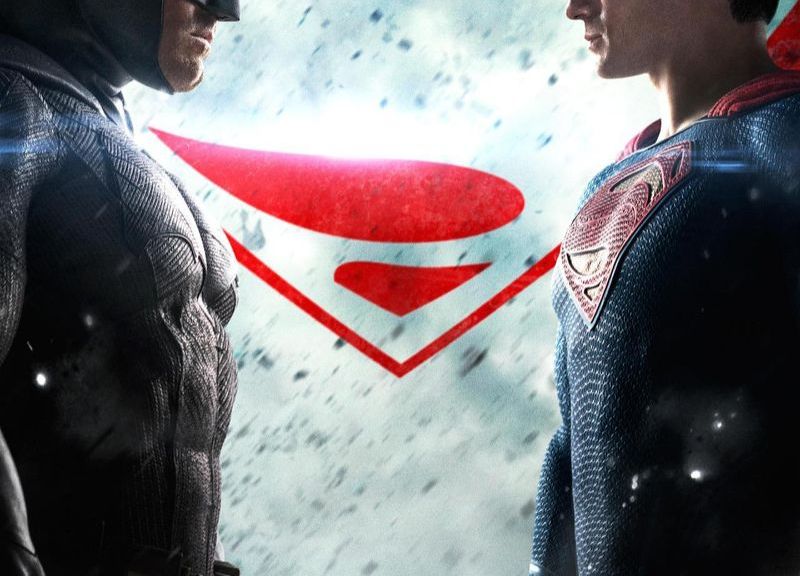 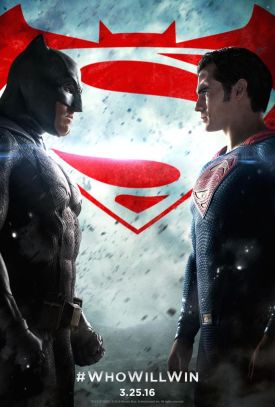 Watch this if you liked:
Man of Steel, Watchmen, The Dark Knight

After witnessing first hand the devastation caused by Superman’s battle with General Zod, Bruce Wayne (Affleck) decides that the Man of Steel must be stopped. When Batman starts branding criminals of heinous crimes who are then murdered by inmates in prison, Clark Kent (Cavill) knows that the Caped Crusader has gone too far. While the two heroes fight amongst themselves, Lex Luthor  (Eisenberg) concocts a plan that could destroy the world as we know it. Can Batman and Superman put their differences aside and unite with Wonder Woman (Gadot) to save the planet?

I generally don’t read other people’s reviews of a film until I have written my own and Batman v Superman is no exception. However, I have seen enough to know that it is not rating well with most critics. Personally, I thoroughly enjoyed Batman v Superman.

Batman v Superman is a big story. It introduces two major Superman villains, a new Batman and Alfred, and four other members of the Justice League. The film also has homages in the film that are nods to the development of the characters in the comics. Yet despite everything that has been featured in the film, I didn’t find it to be too much or overly convoluted.

I don’t have a great tolerance for over-long films. I was dubious about a film that ran for just over two and a half hours. Yet I found it to be engaging and entertaining throughout.

To say that Ben Affleck would not be my first choice for the role of Batman is an understatement. He probably wouldn’t have even entered my mind as a possibility. However, Affleck has delivered a passionate performance. Affleck’s Batman is the darkest yet portrayed in a live action film. Batman is furious. He’s unpredictable and stubborn to a fault. He is fiercely protecting what he feels is right even if it means he himself must tread on the edge of the precipice between right and wrong. This is a great representation of how Batman reacts when he has suffered a great loss or tragedy. Just check out his volatile behaviour in the comics after the death of any Robin. Batman is not a shining beacon of hope and solidarity, he is a damaged man on a crusade against evil and injustice. Sometimes he falls into the abyss further than even he would like. Affleck nailed it.

Henry Cavill’s portrayal of Superman is great to watch. Throughout 151 minutes his character experiences happiness, love, government persecution, threats from both good and evil, threats against those he loves, meeting two of his greatest enemies, meeting two of his greatest allies, uncertainty, camaraderie and other major life events. While I have read far less Superman comics than I have Batman ones, I love Cavill’s Superman.

Gal Gadot didn’t have a lot of screen time but from the time she did have, I look forward to seeing more of her portrayal of the Amazonian warrior princess. Wonder Woman has had a relatively small introduction in Batman v Superman which I hope will be expanded on throughout future films.

As a fan of the Justice League comics, I was pleased with the little snippets of future Justice League members. The Flash, Aquaman and Cyborg have about 30 seconds of screen time each and they are perfect little introductions for characters who are about to get a whole lot bigger than they have been seen before. (Wonder Woman, The Flash, Aquaman and Cyborg have never before been portrayed in live action movies.)

I must admit that despite him being a regular Justice League member since 2011, I still think of Cyborg as a member of the Teen Titans. Yet seeing his small scene in Batman v Superman I look forward to seeing what the character can achieve with the League on the big screen.

The soundtrack for Batman v Superman is spectacular. The music fits each scene perfectly and the entire soundtrack is well worth a listen on its own after the film. I especially love Wonder Woman’s theme “Is She with You?”.

Now, in saying all of that, I am a big fan of DC Comics. I love their characters, I love their stories and (in my humble opinion) their villains are second to none. I feel that Batman v Superman is a film that will primarily appeal to comic fans with so many prominently featured comic easter eggs. I would still recommend that non-comic fans see it, so long as they are fans of the action or superhero genre. If you’re not a fan of at least one of these genres, it will be a very long 151 minutes.

“Be their hero, Clark. Be their angel, be their monument, be anything they need you to be … or be none of it. You don’t owe this world a thing. You never did.”

“Twenty years in Gotham. How many good guys are left? How many stay that way?”