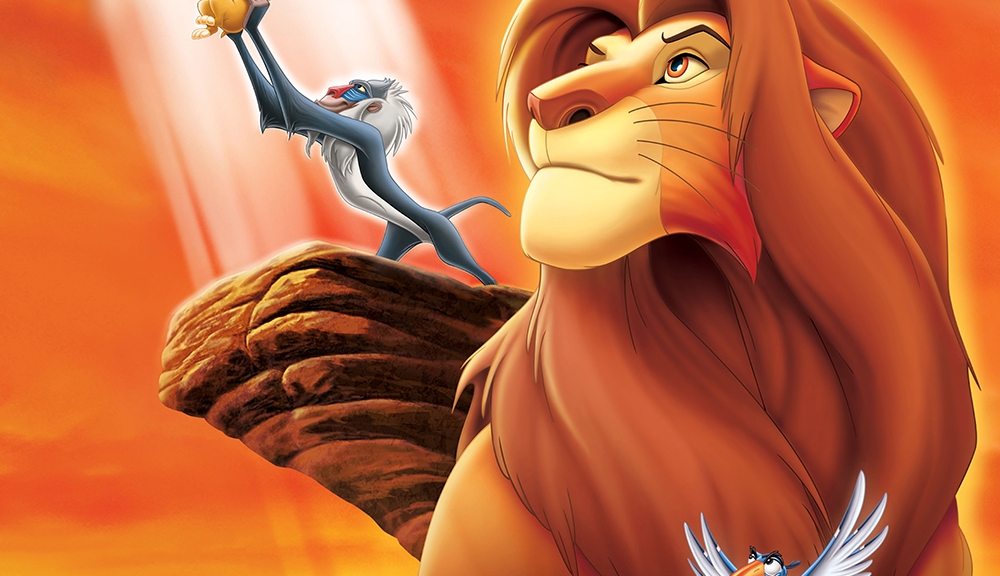 Watch this if you liked:
Beauty and the Beast, Aladdin, The Jungle Book, Mulan

When lion cub Simba sees his father killed at the hands of his uncle, he is led to believe it was his fault and flees his home. He joins up with meerkat Timon and warthog Pumbaa who are also outcasts and lives a worry free life with them.

Simba’s uncle Scar has taken over the pride telling the members that both Simba and his father are dead. He brings in his hyena henchmen and ravages the pride lands until there is no food or water left. Simba’s childhood friend and betrothed, Nala, stumbles across Simba and tells him what has happened since he left. Will Simba be able to stop Scar and take his place in the great circle of life?

The Lion King is a very fun Disney movie. It features an all-star cast lending their voices to memorable characters, a hilarious script, wonderful songs and stunning animation.

As a cat enthusiast, I think it’s hysterical that Mufasa tells Simba that everything the light touches is their kingdom. Because almost every domestic house cat I have known feels the same way.

There are so many incomparable actors who lend their voices to characters in The Lion King. Everyone is perfect for the role they play and they do a fantastic job of portraying timeless characters. As I’m not much of a Star Wars fan, I always think of James Earl Jones as Mufasa before I think of Darth Vader.

The soundtrack for The Lion King is my favourite non-Princess Disney soundtrack. It closely follows Beauty and the Beast and The Princess and the Frog in my overall favourite Disney soundtracks. There are just so many great songs including the epic masterpiece that is “The Circle of Life”, ominous villain theme “Be Prepared”, romantic ballad “Can You Feel the Love Tonight” and upbeat toe-tapping numbers “I Just Can’t Wait to Be King” and “Hakuna Matata”.

I never saw The Lion King in the cinema when it was first released or since. I can confirm that watching Scar’s number on the big screen is amazing. “Be Prepared” is without a doubt my favourite musical number from The Lion King and watching Scar slink and prowl his way around a cinema sized screen was awesome. I can also confirm that the wildebeest scene is even more heartbreaking the larger and louder it is.

If you get the chance to see The Lion King in a cinema, I would recommend grubbing- er, grabbing the opportunity.