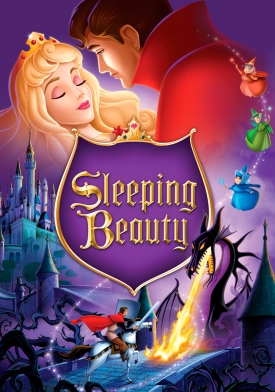 Other notable appearances:
The most adorable owl in the history of Disney woodland critters

Watch this if you liked:
Snow White and the Seven Dwarfs, Cinderella, The Little Mermaid

After years of hoping, King Stefan and Queen Leah finally have a child, Princess Aurora. However, when they present their daughter to the world they do not invite the evil fairy Maleficent and invoke her wrath. The wrath comes in the form of a curse that their baby girl will prick her finger on a spinning wheel and die before the sun sets on her 16th birthday.

Good fairy Merryweather is the only fairy left who can bless the princess, but even she cannot remove the curse. Instead she changes it so that Aurora will not die, but will fall into a slumber only to be awakened by true love’s first kiss.

Merryweather and her fellow good fairies, Flora and Fauna, whisk Princess Aurora off to a cabin in the forest to raise her as a peasant in the hopes that Maleficent will never find her there. When the curse comes true, it is up to the dashing Prince Phillip to escape Maleficent’s clutches and rescue the princess for her happily ever after.