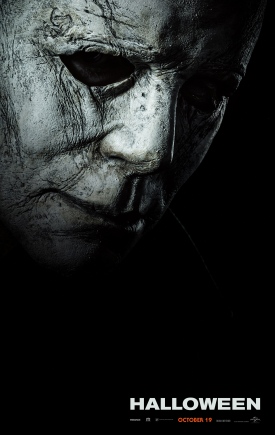 Watch this if you liked:
Halloween, You’re Next, Wes Craven’s New Nightmare, Friday the 13th

Laurie Strode (Curtis) has a complex relationship with her family that reaches boiling point when Michael Myers (Castle, Courtney), the man who killed her friends and tormented her as a teenager, escapes incarceration.

I found the plot to be quite enjoyable and feel it is a good representation of one of the many ways a survivor of a horror movie would be affected in later life.

Jamie Lee Curtis, undisputed queen of the scream queens, is back with a vengeance in Halloween. She kicks so much butt reprising her role as Laurie Strode that it’s hard to believe it has been 40 years since the original.

My favourite character in the film was Julian, the smart and sassy child whose babysitter and her boyfriend are home with him when Michael Myers comes to visit. Though it’s never actually shown what happens to Julian, I can only hope he survives to make an appearance in H60.

There are a couple of things that bugged me about Halloween. I felt there were a couple of loose ends that could have been very easy to tie up quickly. I found most of the characters who weren’t Laurie Strode and Julian to be pretty bland or grating, to the point where I didn’t care if they survived. There was also the fact that they chose to retcon most of the sequels — even the ones where Jamie Lee had previously appeared.

Overall though, and very minor bug bears aside, Halloween is a fun slasher flick with plenty of scares and breathes life back into an old favourite villain. If you enjoy classic slashers, then Halloween is definitely worth checking out.

“Do you know that I prayed every night that he would escape?”