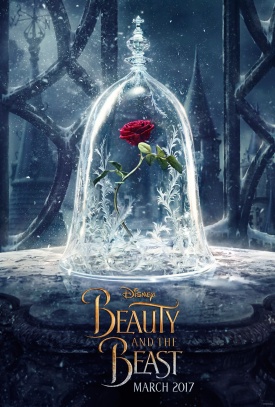 The tale as old as time of a young girl who dreams of more, the cursed Prince whose cold heart has doomed him, and the lengths they go to trying to save each other.

Regular readers will know that I am a huge and dedicated Disney fan. The 1991 animated Beauty and the Beast is my favourite Disney film. I loved the live action remake of Cinderella so much that I saw it five times in the cinema and countless more times once it came to DVD. So it pains me to say that I was underwhelmed and deeply disappointed by the live action Beauty and the Beast.

Beauty and the Beast didn’t seem to know if it wanted to be a shot-for-shot remake of the animated version or do its own thing. The aspects of the plot that have been added do not add anything to the quality of the film but do make it feel crammed and clunky.

The musical numbers that were taken from the animated Beauty and the Beast were performed decently but I didn’t find the original songs to be anything special.

A handful of lines were taken directly from the animated film, but the dialogue was mostly original. I found the original dialogue to be pretty average in a lot of cases. This was highlighted by the stilted delivery of the dialogue and bad conversational timing. Most of the actors gave performances that were wooden, awkward and unconvincing in general but the dialogue was what made this most noticeable.

The set design was gorgeous but so overbearing that it drowned out the characters. This was especially disappointing during the ballroom scene. You know the one. The enchanted object characters were beautiful and intricate so it was a shame for them to be so overwhelmed by distracting sets.

While I was mostly disappointed by Beauty and the Beast, there were some almost redeeming points.

Luke Evans’ Gaston was almost perfect. He was arrogant, conceited and bumped up from being an oaf to acting quite evil in the unrelenting pursuit of Belle.

I enjoyed that the Beast was educated and well-read in Beauty and the Beast unlike his almost illiterate predecessor. It gave Belle and the Beast something to bond over as equals rather than forcing her into the teacher role.

There were a few funny moments. Not laugh-out-loud funny, but worth a grin nonetheless.

Overall, Beauty and the Beast felt like a b-grade version of a live TV musical. It seems like a film where everyone has had the opportunity to put their two-bob’s worth in but no one was at the helm giving clear vision or direction. There were a few glimmers of brilliance but they were too few and far between causing Beauty and the Beast to be my least favourite live action adaptation from Disney.

Any other film production company would have scored a 3 star review for an effort this average, but I expect far more from Disney than any other entertainment company so (though it breaks my heart a little bit) have rated accordingly.

“A broken clock is right two times a day, Cogsworth. But this is not one of those times.”