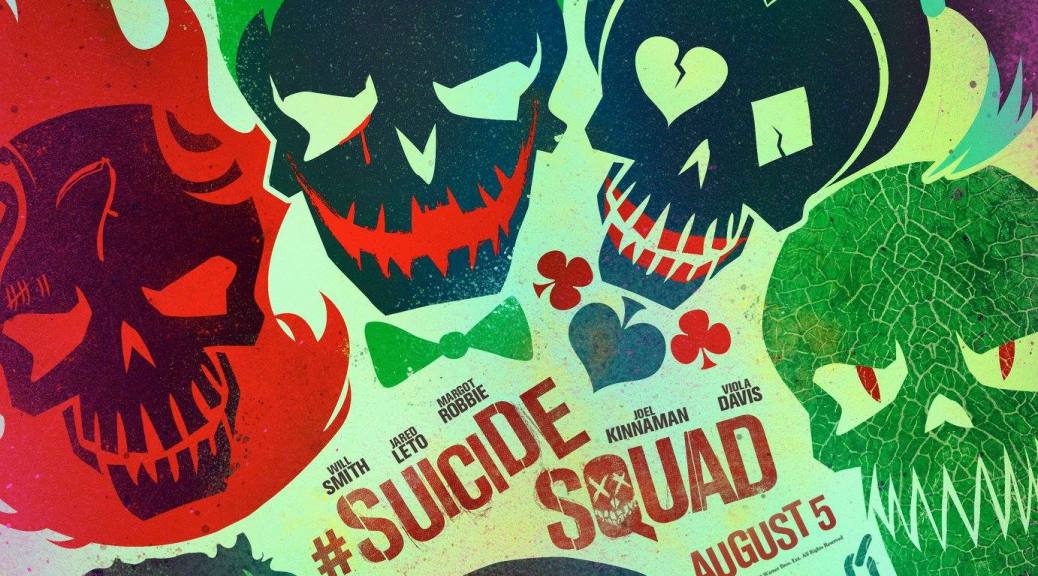 Watch this if you liked:
Batman: The Killing Joke, Man of Steel, Batman v Superman: Dawn of Justice

Amanda Waller (Davis) uses the threat of a potential evil Superman to assemble imprisoned villains with a view to making them perform suicidal missions in exchange for time off their sentence. When the head of Waller’s ragtag team of villains, Enchantress (Delevingne), goes rogue, Waller forces Harley Quinn (Robbie), Deadshot (Smith), Killer Croc (Akinnuoye-Agbaje), Captain Boomerang (Courtney) and Diablo (Hernandez) to work with soldier Rick Flag (Kinnaman) and volunteer Katana (Fukuhara) to save the world.

A big round of applause to Margot Robbie and Jared Leto who gave the stand out performances in Suicide Squad as Harley and the Joker respectively. Robbie has the honour of being the first actress to portray Harley Quinn in an official live action film and she knocked it out of the park. Robbie’s Harley is charming, insane, adorable, psychotic, strong-willed and chaotic. Leto had some big clown shoes to fill after Heath Ledger’s Oscar-winning performance as the Joker in The Dark Knight. Leto has managed to cast aside preconceived notions of what a film Joker should be like, create his own interpretation of the role and make a lasting impression.

Davis is chilling as Amanda Waller. Smith gives the cold Deadshot heart. Courtney is hilarious as Captain Boomerang. Hernandez, Akinnuoye-Agbaje and Kinnaman were all solid supporting cast members. Fukuhara plays Katana perfectly. The only character who I felt was let down in terms of casting was Enchantress. Unfortunately, Delevingne’s portrayal of Enchantress felt vapid and b-grade. Suicide Squad is the first film I have seen Delevingne in so I can’t say for certain if it is her style or if she was phoning in the performance. Either way I wasn’t overly impressed.

I liked the simplicity of the Suicide Squad plot. There are a lot of characters to introduce and by having an easy to follow plot, the film never felt bogged down, overinflated or too long. Another factor that helped keep the film fairly streamlined was only focussing on two or three character backstories in-depth. There are bits and pieces given for the other characters but nothing solid or convoluted.

Suicide Squad has a gritty feeling that gets very dark at times. This is a good thing given the source material and that all of the characters involved are quite dark. The darkness is lightened at times with humour but even that is often black comedy. Definitely not a film that is suitable for young children.

Contrasting the darkness are the bright colours and over the top nature of Suicide Squad. The film, like its comic counterpart, is ridiculous and definitely not for people who prefer their films grounded in reality.

Overall Suicide Squad is a great addition to the expanding DC Comics film universe. The main characters, despite their inherent evil and flaws, are likeable and funny. The plot is a straightforward introduction one and the feel of the film is delightfully dark despite the loud colours and humour. If you have enjoyed Man of Steel and Batman vs Superman: Dawn of Justice or Suicide Squad comics then I absolutely recommend giving Suicide Squad a watch.

“I want to assemble a task force of the most dangerous people on the planet, who I think can do some good.”