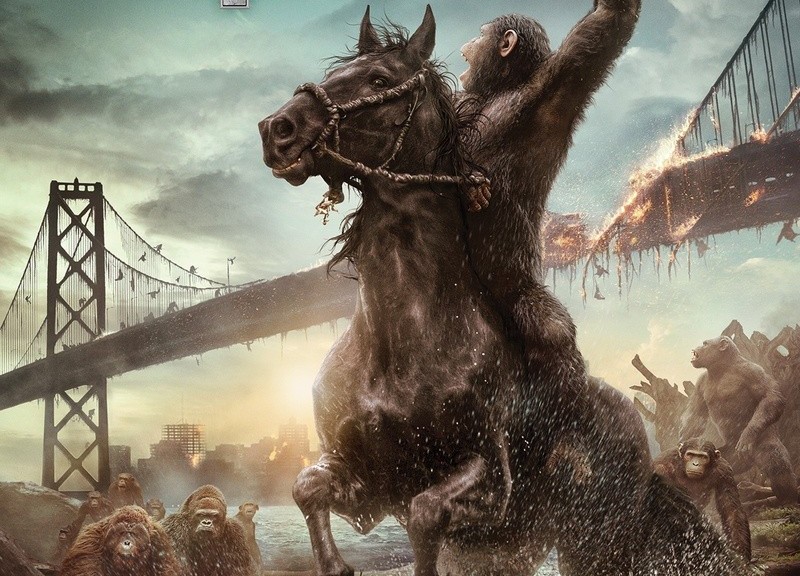 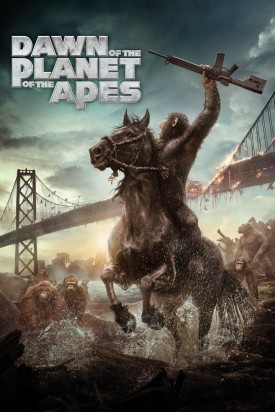 Watch this if you liked:
Rise of the Planet of the Apes, Godzilla, King Kong

Following the events of Rise of the Planet of the Apes, most of humanity has died from a laboratory engineered virus known as Simian Flu. Ten years after the event that wiped out a majority of the human race, a small group of humans stumble across the home of the genetically enhanced apes led by Caesar. Conflicts, misunderstandings and pre-existing prejudices on both sides reach a boiling point as the apes and humans try to work together in restoring power to the human city. The two cities take up arms against each other, but it’s up to a small group of humans and apes to save both sides from destroying each other.

Dawn of the Planet of the Apes has a talking chimpanzee riding a horse WHILE shooting a machine gun from each hand. Does it get any more ridiculously awesome than that, I ask you?

The CGI was fantastic. If I didn’t know the primates were CGI prior to watching Dawn of the Planet of the Apes I would probably have left extremely impressed with how well trained (and potentially terrifying) the animal actors were.

The synchronicity between the humans and the apes was brilliantly orchestrated. The dynamics between all characters felt real and were believable.

Gary Oldman. Is there anything this actor can’t do? In this reviewers mind, Oldman managed a standout performance. The character of Dreyfus in anyone else’s hands would not have had anywhere near the amount of heart and could have ended up being portrayed as nothing more than a hateful bigot.