It’s a Small World (of Warcraft) After All: Side Quest 1 — Feast of Winter Veil

Ah, it’s that time of year again when Great Father Winter descends on Azeroth to gift all of the good heroes with toys, treats and trinkets.

As such, Apolloe journeyed from the continent we were questing on (the Eastern Kingdoms) to the continent of Kalimdor (where the Orcs, Trolls, Tauren, Night Elves and Draenei start their journeys) so that he could meet Great Father Winter himself in the Horde capital city of Orgrimmar.

On the way to the zeppelin tower, Apolloe found some of Great Father Christmas’s helpers who kindly gave him a temporary costume. It was a different look, to be sure. Mr. Bigglesworth was characteristically unimpressed. 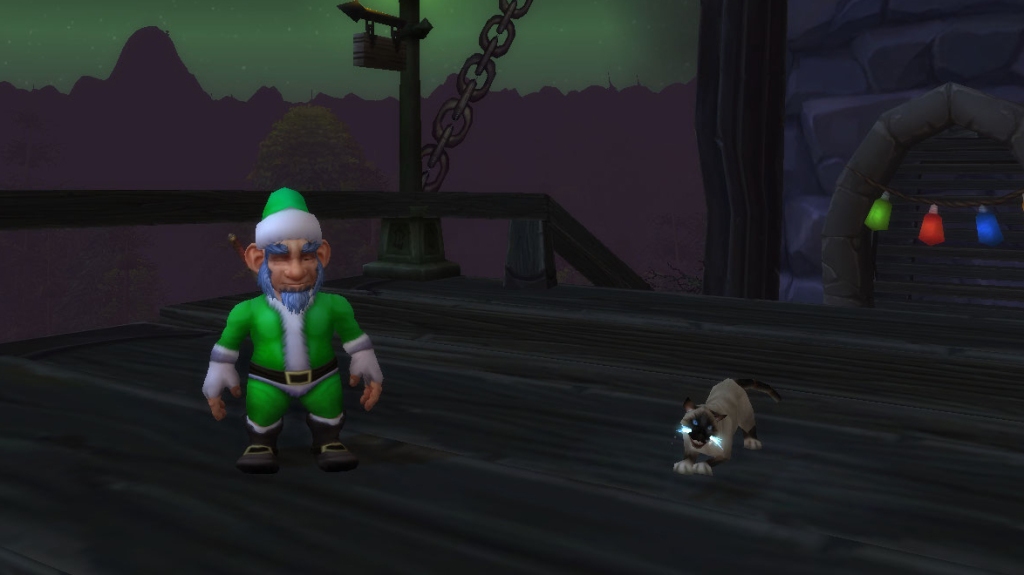 Upon arriving in Orgrimmar, Apolloe discovered that there is not a whole lot you can do for the Feast of Winter Veil as a low level character. He baked Great Father Winter some holiday cookies and gave him milk to wash them down, a kindness for which he was rewarded with some treats — most of which can’t be eaten until much higher levels. And that was pretty much that.

At higher levels, Azerothians are sent on great adventures to thwart evil from destroying the Feast of Winter Veil. Apolloe did stop off at the giant snow globe for a selfie though.

Once the big day arrived on the 25th of December, Apolloe eagerly checked the bottom of Orgrimmar’s tree for his gifts and was pleasantly surprised.

In his gifts under the communal tree, Apolloe found more cookies, a new Hearthstone board called the Hearthstation, a wand of holiday cheer that lets him spread joy to passersby, a toy weapon set, a new miniature reindeer pet to follow him on his travels and some preserved holly to turn any mount into a reindeer. A very special Feast of Winter Veil for a young Blood Elf, indeed!

Narrative aside, the Feast of Winter Veil remains mostly the same as past years, with just enough new bits and bobs to keep it interesting.

Tune in next fortnight to follow Apolloe on his adventures through Silverpine Forest. 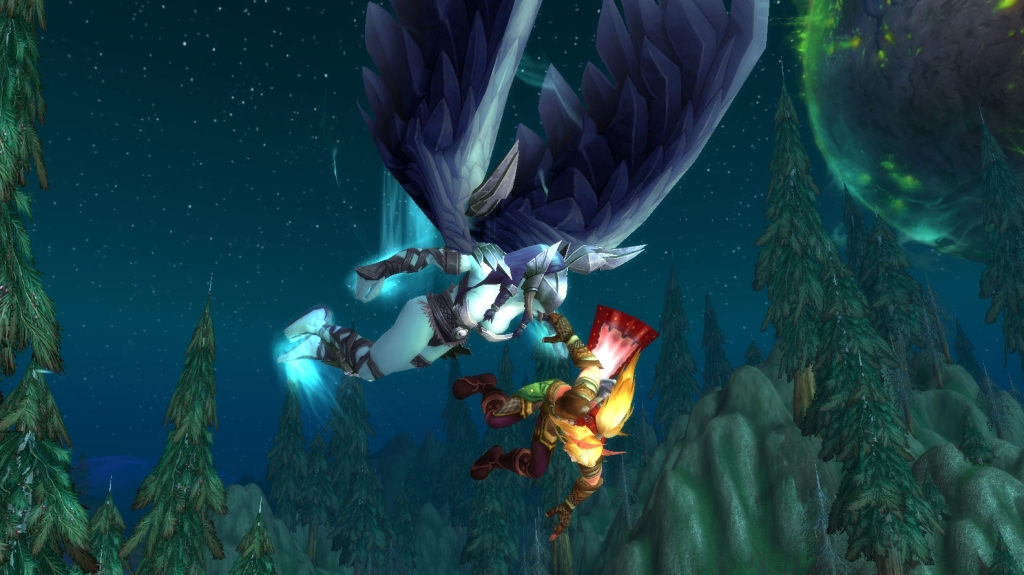