The Bride of Glass by Candace Robinson (2017) 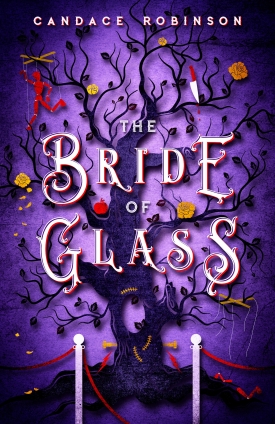 Perrie has become Vale’s Bride of Glass and together they lead the dark souls on a wave of destruction that threatens to destroy humanity. When Perrie’s cousin Maisie and ex-boyfriend Neven return to their senses, they must work together to free Perrie and save what’s left of the world.

The Bride of Glass is the second book in The Glass Vault series.

I enjoy my forays into the universe that Candace Robinson has created with her Glass Vault series. The second novel in the series is a great expansion of the world in which Perrie, Maisie, Neven and Vale exist.

The plot of The Bride of Glass is based more in the “real” world than Quinsey Wolfe’s Glass Vault, with the latter spending a lot of time in historic or fantasy settings. I liked spending more time with the characters in a world that was more their own than of other characters.

The first thing that drew me to Quinsey Wolfe’s Glass Vault was the magnificence of the cover. (I know, I know. But if we didn’t judge books by their cover, they would all be white pages with black Times New Roman text.) It was dark, foreboding and a little bit whimsical. Gotham City Times was lucky enough to participate in a cover reveal for The Bride of Glass and, while the colours and elements have changed, I love that the cover retains everything that made its predecessor’s cover magnificent.

As a successor to Quinsey Wolfe’s Glass Vault, The Bride of Glass continues to uphold the same levels of fascinating story and interesting characters. The Bride of Glass is an engaging addition to a series that will most appeal to fans of YA horror or fantasy.