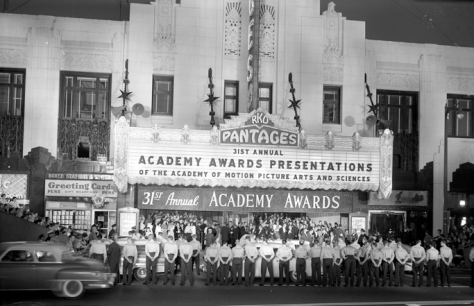 Smell that? That’s the crowning moment of awards season. The 88th Academy Awards are here!

In amongst my pile of guilty pleasures are the big two awards shows: the Golden Globe Awards and the Academy Awards.

As a cinephile, I liken them to sports when I am asked why I love them so much. The Golden Globe Awards are my preliminary finals while the Academy Awards are the Grand Final. The Globes give a good indication of who will win the Oscars, but that doesn’t mean the fat lady has sung just yet.

While I respect and admire every aspect of filmmaking, I will only be placing predictions for the big five plus animated feature film because I love cartoons.

Just one quick honourable mention that I would like to make: I would love to see Cinderella win Costume Design. There are some truly beautiful costumes throughout the film, including of course Cinderella’s ballgown and glass slippers.

Now without further ado or preamble, here are the nominations for the chosen categories at the 88th Academy Awards complete with who I think will win and who I want to win. Sometimes the two will be the same nominee.

I loved Inside Out. It is a smart and touching addition to the Disney•Pixar line-up. This could have easily gone the cutesy route and there would have been nothing wrong with that — it is after all a film targeted at children. Instead, Inside Out appeals to adults as well by going deeper than the five emotions portrayed and touching on some quite complex psychological themes. Yet it still remains kid fun for the whole family.

Actress in a Supporting Role

To be honest, I’m making an educated guess on this one. Of these five performances, I have only seen Spotlight. While Rachel McAdams’ performance in Spotlight was superb, I have heard only rave reviews for Kate Winslet in Steve Jobs. Add to this her win at the Golden Globes and how likeable she is, it is an easy pick for both who I want to win and who I think will win.

Actor in a Supporting Role

I’ve had the pleasure of seeing all these performances with the exception of Tom Hardy. This was a tough one because I want both Sylvester Stallone and Mark Ruffalo to win. Stallone’s performance in Creed was touching and I would love to see him have an Oscar under (but not below) his belt. Ruffalo’s performance was passionate and heart-wrenching which is why I feel it will get him over the line.

Actress in a Leading Role

Jennifer Lawrence’s performance in Joy was spectacular. You could feel her character’s frustration and desperation radiating of the screen.

Actor in a Leading Role

When I finished watching The Martian, I tweeted that if Matt Damon wasn’t at least nominated for an Oscar for this performance there was something very wrong. Now I want to see him go all the way and win. However, I feel that The Revenant could be what gets Leonardo DiCaprio his first Academy Award.

I loved Mad Max: Fury Road. It was full of action, strong women, Star Trek alumni Tom Hardy and a guy playing a guitar that shoots flames on a truck through the desert. It was a fun movie but also well made with a great cast. I think The Revenant will win though. This was a really hard pick. There are so many films nominated that deserve to win or have the potential to win. I can only pick one though so I’m going with The Revenant.

One thought on “88th Academy Awards Predictions and Predilections”